The Impact Of Social Media Listening On Customer Reviews: The Case of GoPro

Andy Sernovitz once said: "You will get more word of mouth from making people happy than anything else you could possibly do." So what is the easiest, most effective, and cheapest way to keep customers happy? You guessed right, social media is what you need.

This article looks at the case of GoPro's customer reviews on social media and review sites such as Amazon. What do their consumers complain most about? Is there a way to encourage positive reviews on review sites? How can I keep a customer happy?

The software, battery and image quality are what make customers angry 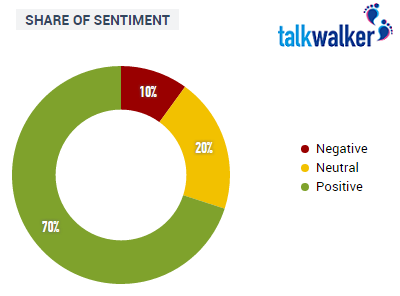 If we zoom in the data and take a deeper look at the customer’s concerns, we can identify the following frequent customer problems that require attention such as:

As those posts are flagged as negative, it is easy for GoPro’s analysts to pinpoint customers’ pain points. Once that is identified, it is interesting for us to take a detour on social media and find whether those complaints match with criticisms found on Twitter, Facebook, or Instagram.

Comments about the software: 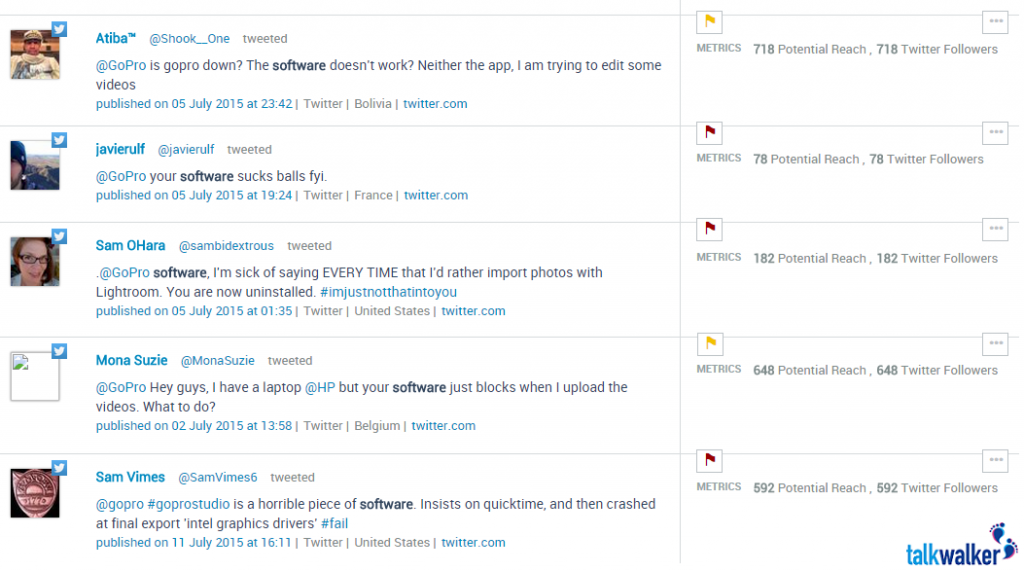 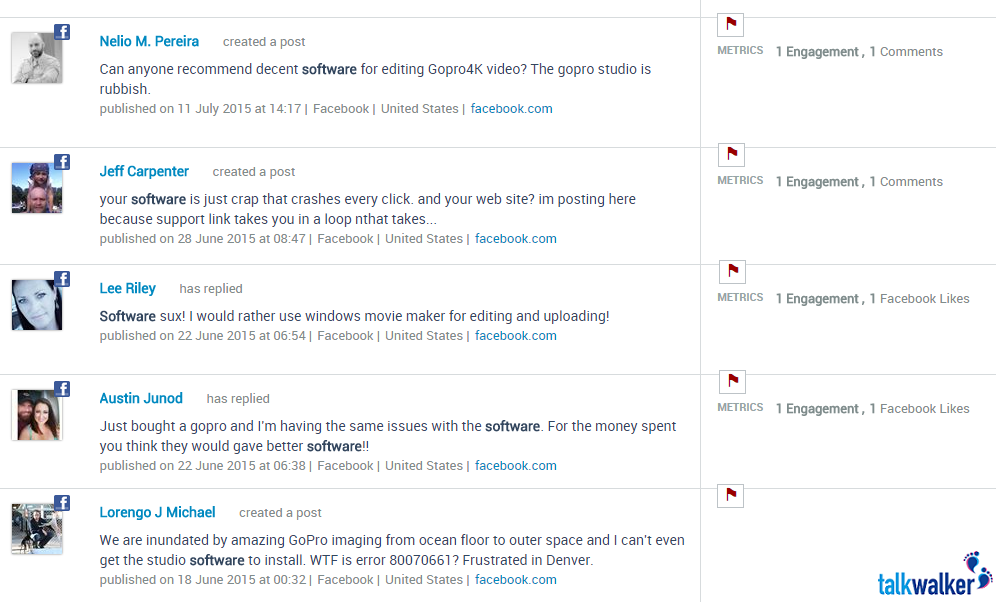 Comments about the battery:

Comments about the image or video quality: 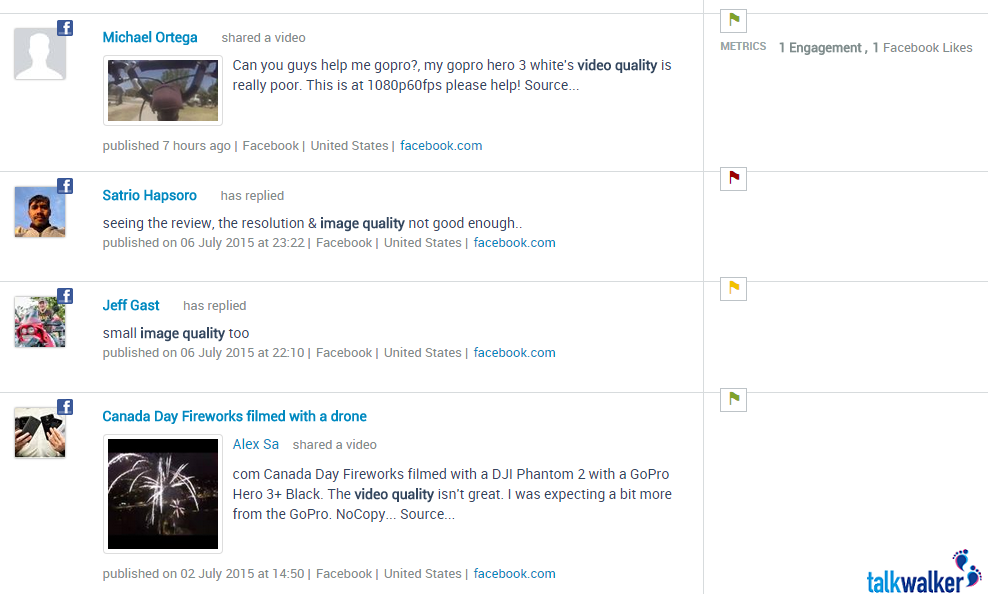 Consumers use Twitter not only to express their dissatisfaction but also to reach out to GoPro for assistance. While managing customer complaints is never going to be an easy task, tracking and analysing your social data and reporting any incidents internally with the right tools can drastically ease your task.

Unfortunately for GoPro, it seems that the community management team isn’t too responsive, leaving questions and complaints pending and therefore not giving themselves the chance of keeping a customer happy and turning them into potential brand ambassadors: 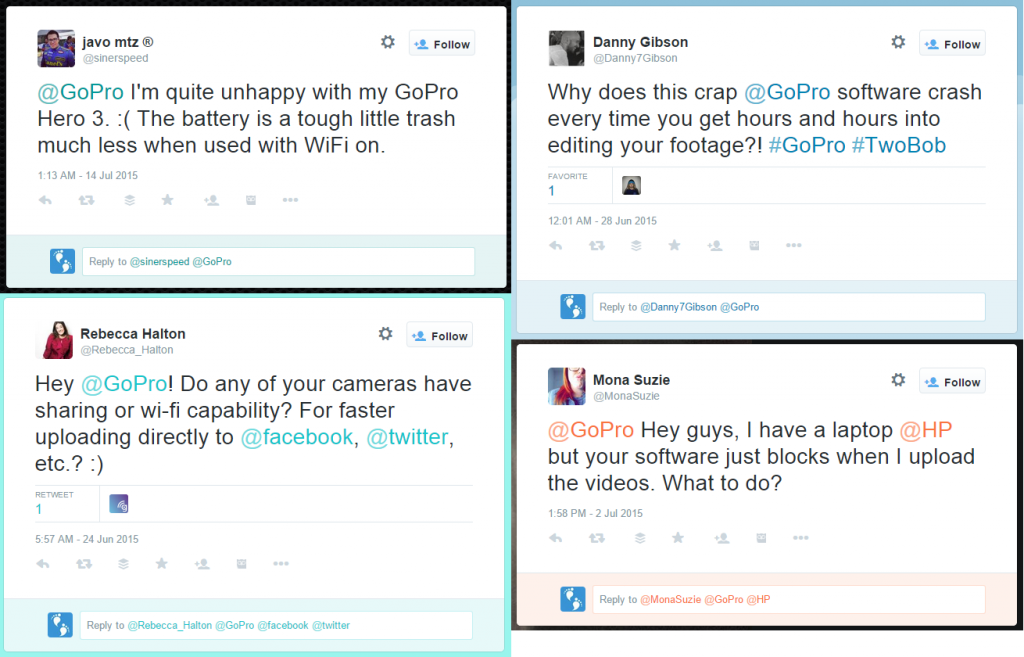 The multifaceted impact of social media

Although customer reviews on review sites might be the last stop before any new potential buyer makes their purchase decision, valuable customer insights can be identified in an earlier stage of the review process thanks to precise social media monitoring.

Twitter is powerful to provide assistance, show the company's accountability and transparency, as well as keeping a customer happy and thus increasing the chances of getting positive reviews later on in review sites.

The analysis has been performed using advanced social media analytics from Talkwalker:
Talkwalker is one of the world's leading social data intelligence companies, which was selected to become a Twitter Official Partner in 2014. Talkwalker’s state of the art platform monitors and analyzes online conversations on social networks, news websites, blogs, forums and more, in over 187 languages. Clients are impressed by the flexibility of Talkwalker’s advanced social media analytics engine, the fast reporting, the use case driven approach and the extensive global coverage.

Which review sites should your business be on?