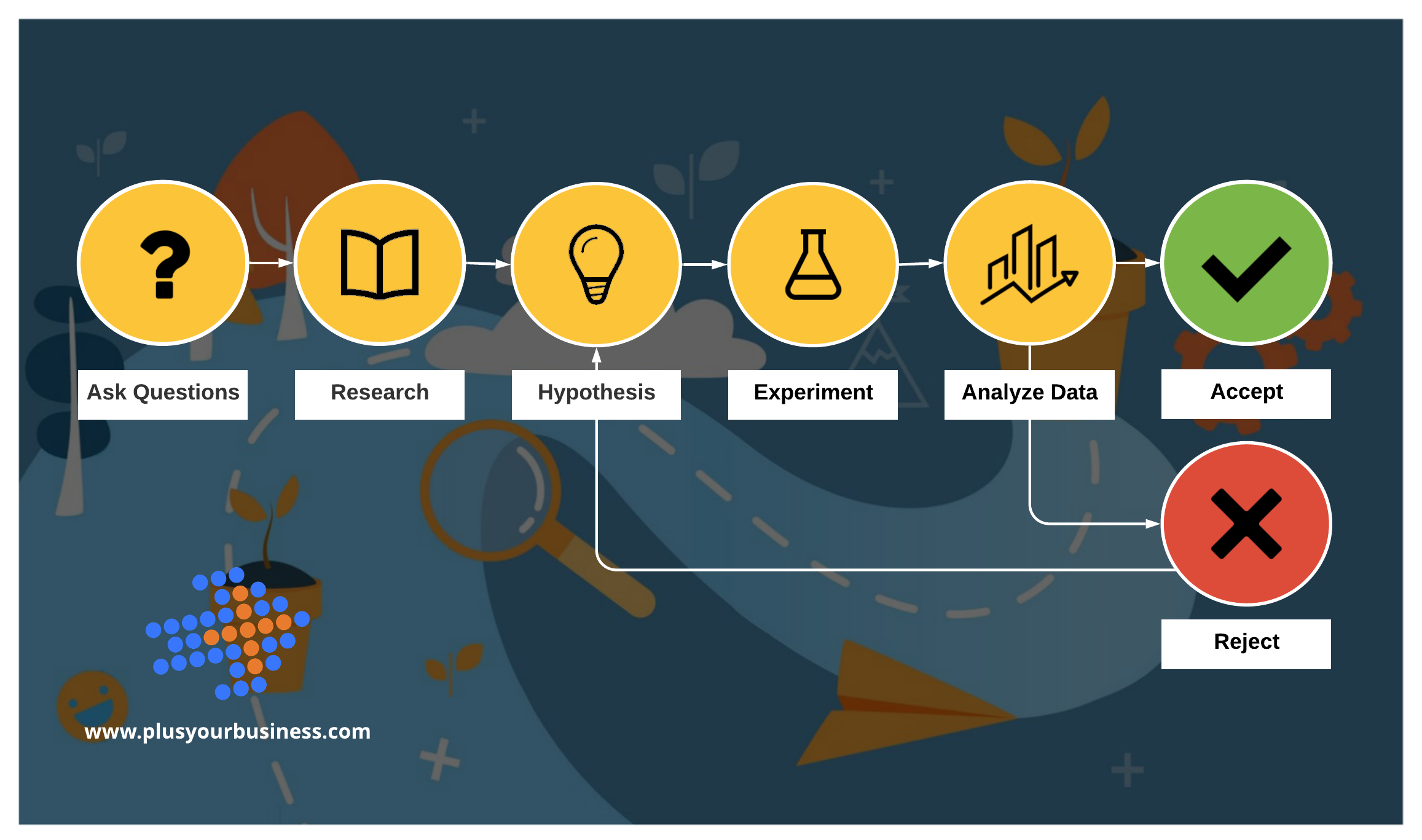 Imagine you’re sat in a meeting, and it’s all going well.
Then someone asks you the following:
“What’s your framework? What’s your methodology?”

What would you say?
If you work in the digital space, you may say something like:

“We work with your existing platforms and systems, then build processes to measure, test and report.”

This is ok, but this response doesn’t really tell people very much about your approach.

Instead, and the purpose of this article, is to give you an alternative answer to the question:

“We use a Digital Cybernetic framework whereby we create a series of models of the current and/or intended future business processes, and then apply a scientific methodology to test a series of hypotheses in each area.”

If you can see the benefit of this form of answer, then we need to dive into:
What is a framework?
What is a Scientific Methodology?

Note: when you do answer using such language, you’ll need to back it up and actually be using this approach - otherwise, well, it won’t be long until you get some feedback…

What is a framework?

Consider a framework to be ‘the underlying structure’ of something. And that something, within this context is ‘a business’, not just sales, or marketing, or service, but ‘a business’ as a whole.

But Digital Cybertenics is coming from a systems perspective, which gives further context to this definition.

Your own framework, as a Digital Cyberneticist (...I know, I try to avoid saying that too often) would be built around:

The 5 languages of Digital Systems

The 7 lenses of Digital Optimisation

In other words, this gives you a structure to work with.

And one of the most useful tools to begin displaying your structure is Business Process Mapping - whilst not being ‘cybernetics’ in its own right (as can lack feedback loops) it will provide a starting point to modelling out business processes. The addition of feedback loops, and Goals, can be built in later on where appropriate.

In this way, Digital Cybernetics becomes the framework within which you can ‘visibly’ display what is otherwise ‘invisible’.

This framework, eventually, forms your mental ‘operating procedure manual’ when working in this space, where you start by doing one thing: Organise

Then, once you have the structures in place, you can look to: Optimise

To do this though, you’ll want a methodology...

What is a methodology?

We’re particularly interested in one type of methodology here, and that is a scientific methodology, which follows the process below:

(note: this is the basic version, and there can be more steps if you’d like.)

“The study of scientific method is the attempt to discern the activities by which that success is achieved. Among the activities often identified as characteristic of science are systematic observation and experimentation, inductive and deductive reasoning, and the formation and testing of hypotheses and theories.”

“Scientific method should be distinguished from the aims and products of science, such as knowledge, predictions, or control. Methods are the means by which those goals are achieved.”

The 6 steps of scientific method

Let’s take a quick look at the 6 steps, before we look at how to put them into practice...

Begin with asking a question in the situation you are in.
What are you looking to explore?

Begin to research the area you are seeking to explore. What has already been studied in this area?
A quick Google Search is likely to pull up a load of information on the subject which interests you. Be careful though, you may need to broaden your own ‘language’ to surface the most useful content.

Next, propose a hypothesis.

Have a look at the definition below:

A hypothesis is a ‘testable proposition or predictive statement’ (source), and will direct the actions you take next.

Observe and then conduct analysis of the data from the experiment.

Do you either a) accept, or b) reject your original hypothesis?

If you reject the hypothesis, you may loop back and re-enter the process by creating a new hypothesis and test against that.

The method in action

I was recently asked to ‘pitch for work’ against a Digital Marketing agency for an ongoing contract with a PLC. I was sent their proposal and the request was that I “beat it” - so I went back and ‘gave more for less money’.

The person leading came back and said (in no uncertain terms) that it wasn’t good enough to win us the business, but I could have a second go at it.

I spent a day working out what I would actually do if the project has already started. And the truth was, it was all about ‘testing’.

The subject matter was around ‘referrals’ from existing customers, and below was the exact text that helped us win the business.

I would look at running a series of experiments e.g. for the Customer Referral Program

Hypothesis: existing customers would be happy/motivated to refer a friend in exchange for £500 to both parties

Hygiene factor*: ensuring any ‘less than happy customers’ are not included in the experiment

Method: an email is sent with a single affirmative action i.e. ‘Click this’
Message: For example: “Dear Brian, We are looking to help more people access the money they need to build their business. As such, we are considering setting up a referral scheme where you get rewarded £500 when you refer a friend, or business associate - good news is, we’ll give them £500 as well. Would this be something you could be interested in getting involved in? You don’t need to commit yet, just let us know if it sounds of interest. If ‘YES!’, please CLICK THE BUTTON below.”

The button (link) then goes through to a ‘Thank you for your interest’ type page.

Qualitative Feedback: Based on the initial batch of 150 people, I would suggest we garner feedback as to whether to run the same text in email as the first 150.

Decision: based on the results, we can either a) re-think the approach to the campaign, or b) roll it out to a larger sample.

*I used the phrase ‘hygiene factor’ in this situation as it works to isolate any data that may cause issue - not that this is part of a scientific methodology per se.

**when it comes to assessing your sample size, it depends on the ‘population size’, the confidence level (i.e. “the probability that your sample accurately reflects the attitudes of your population. The industry standard is 95%”, and the margin of error (i.e. “the range (measured as a percentage) that your population’s responses may deviate from your sample’s.) you are willing to tolerate.

There are calculators that will help you work out what is reasonable.

The reason I’ve included the unedited text is to show you how we use a scientific methodology without ‘forcing it’ upon people.

The framework you operate to will determine the ‘programs’ you have running in the background as to how things work - and these mental models, based on the way systems operate will be activated when you engage the scientific methodology.

In the digital space, you need both working together - a scientific methodology operating within a digital cybernetic framework.

The move away from ‘digital marketing’ to digital cybernetics is a natural one to make, and one that will solve a lot of issues - especially when you’re working on projects across the whole business, from sales to marketing to service. Adding in a more scientific approach to testing ‘ideas’ can only add credence, and may well help you win more often too.

For anyone working either in the Digital Marketing space, or works with people and...

An Introduction to Digital Cybernetics for Business

If you asked me to sum up Digital Cybernetics in the smallest number of words possible, I’d say...

Marketing and Email Automation: 4 Reasons to Learn and Use

It's every digital marketer's task to contribute to the growth and improvement of a business. To...