As a member of the Google Advocates group, back in 2013 I was asked to become part of a fundraising campaign for women's education in Africa.
As such, I decided to run the campaign briefly outlined below.
Here are a few kind words about the approach we took...

"Martin is truly a G+enius when it comes to community organizing on G+. He is an official G+ Advocate and was a key player in the Camfed Campaign for girls' education on G+. Martin used Circles in a brilliant way to galvanize a community of people who care about education to donate to the social giving campaign. His stellar reputation on G+ and extensive experience with the platform were clearly reflected in the success of the campaign, which ultimately raised over $9,000 and sent 30 girls back to school in Africa. Martin's definitely a force worth listening to when it comes to running campaigns on G+."Willa Zhou, Google+ Advocates, Community Manager (December 2013)

I would say, however, that this was totally a team effort and there were many key members who contributed.

You cannot do these things on your own. You need to build a tribe!
So, this is how we did it!

Stage 1 was to build a circle (a mini-tribe)

This was the full text I used: 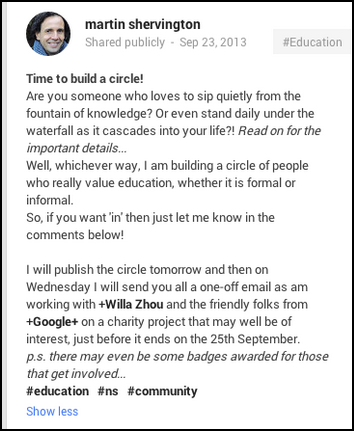 Stage 2 was to communicate privately:

This is a great opportunity to deepen relationships...

There has been a big learning curve with campaigns and sometimes things 'don't go as planned', or we simply make mistakes.
My approach is to throw up my hands and let the people who are involved know what is happening.
This usually creates more forgiveness, and more trust as they are involved and not subject to whatever is going on! 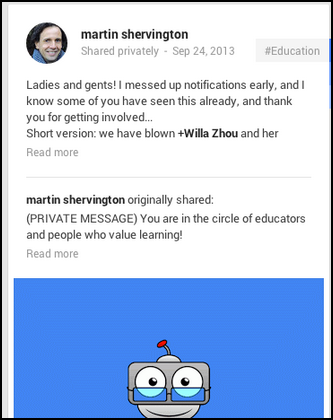 Here is the short version... 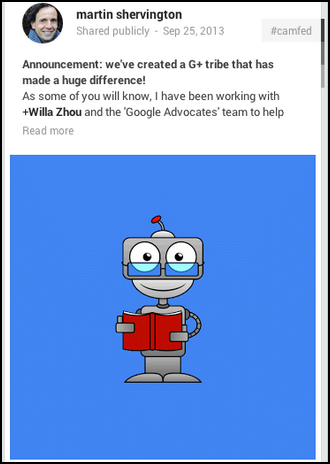 Here is the full version... 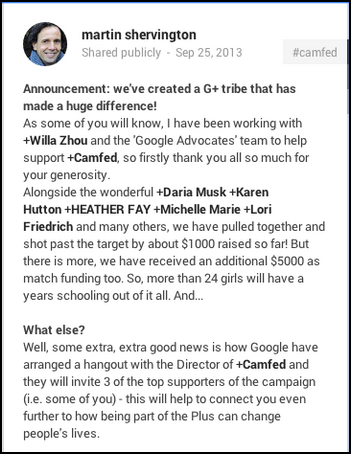 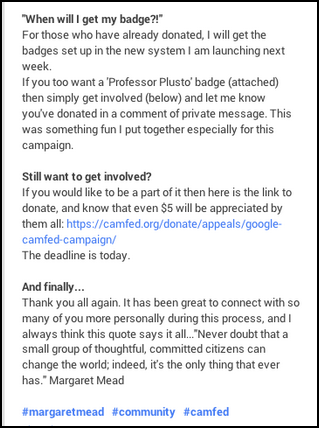 Here is a screenshot of the campaign and shows what we all did together, largely within a 48 hour period, clearly exceeding the target amount.

How to Use BPO for a Multilingual Digital Marketing Campaign

Business process outsourcing (BPO) allows companies to buy in expertise that they don’t have...

The very heart of marketing and sales success revolves around some very basic and common...

Inbound marketing is a newish paradigm that was created for the digital world specifically. Its...

Video has become a breakout trend in the marketing world for the past decade. According to seventh...