The 5 levels of Digital Organisation 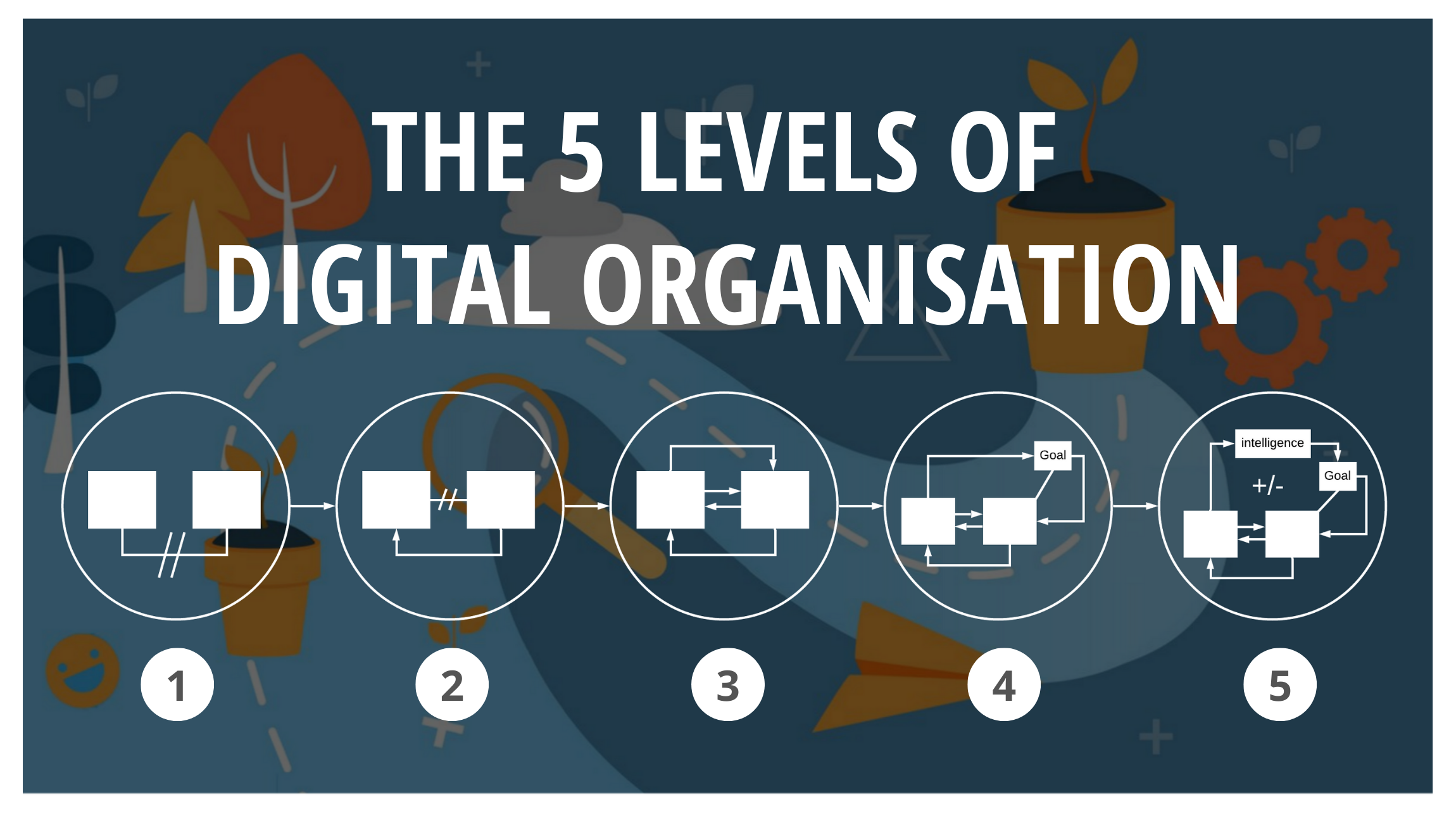 The antidote to complexity is not simplicity, it's 'organisation'.

If you buy into the premise that ‘Organisation’ is a necessary process for a growing business, and for a business to grow, then you’ll be pleased to know there is a framework within which you can operate.

If you think about it, biology has 5 levels of organisation outlined as cells, tissues, organs, organ systems, and organisms. In a similar way, Organisation within a business has a similar progression - from independently operating separate ‘parts’ through to more connected and intelligent systems. This is the process we want to ‘install’ as a program within your business - one that enables for (ultimately) self-organising systems to emerge.

What is a self-organising system?

Let’s look at a few explanations...
Putting it in simple terms, “Self-organizing systems are structures that process where some form of overall order or coordination arises out of the local interactions between smaller component parts of an initially disordered system.” Source.

“A self–organizing system acts autonomously, as if the interconnecting components had a single mind. And as these components spontaneously march to the beat of their own drummer, they organize, adapt, and evolve toward a greater complexity than one would ever expect by just looking at the parts by themselves.”

L.K. Samuels, In Defense of Chaos: The Chaology of Politics, Economics and Human Action

“In that sense, a self-organizing system is intrinsically adaptive: it maintains its basic organization in spite of continuing changes in its environment. As noted, perturbations may even make the system more robust, by helping it to discover a more stable organization.”

Hopefully, if your organisation hasn’t yet achieved this state, you will begin to see the pathway below...

What are the 5 levels of digital organisation?

Every attempt you make to ‘better organise’ your business can form into one of two types: movement within a level, or movement to a different levels.

(this is based on Ken Wilber’s principle of translation/transformation)

Let’s look at an overview of the levels:

We all have a problem to solve - how do we take the information we ‘see’ in a business, and turn it into feedback i.e. use it to alter the way the system is ‘working’ (even if it is ‘not working’).

A feedback loop is exactly that - a loop.

Without the ‘looping back’ one cannot inform the point of origin about the result that occured - you are operating blindly.

Let’s now dive into each of the levels a little deeper... 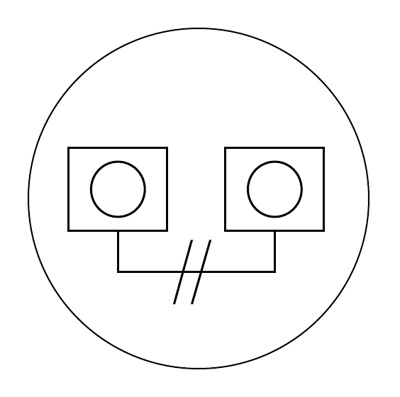 A business operating at this level has installed a series of ‘stand alone units’ that may function perfectly well on their own, but are not ‘working as a team’.

Think about it as an orchestra - there may be several instruments being played, but none ‘know’ or can ‘hear’ what the other is doing (even if they have the same sheet music).

The challenge you’ll find at this stage is a complete lack of coordination. 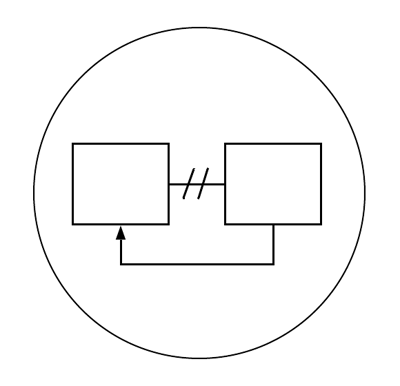 The next level may well have a central repository of information, with systems connected around a hub. Information flows into the hub, but there is no flow back outwards.

This is like each member of the orchestra reading from the same sheet music, and playing at the same time, and being able to hear each other - but not being able to change what they are doing to ‘get on the same page’.

Everything is connected, you have more information, but you don’t know what to do with it.

This stage is a real leap in the process, and the one where Business Automation really begins.
Using a series of business schematics you will be able to understand the role of each system, and have ‘micro-goals’ throughout that are being driven by the automation process.

Below is one example of how we set up a two way flow of information between HubSpot and advertising platforms - with ‘active’/smart lists within HubSpot determining how who see ‘what’ ads.

Note: in the above example, once a person completes the action we are driving they ‘change lifecycle stage’ and are automatically removed from that list.

This stage solves the problems of the earlier stage, but you will come across several issues, including:

There is no ‘metric’ stated within the process, which means that it serves the function of being able to ‘get everything working together’, but does not have any ‘cost’, ‘volume’ or ‘timescale’ thresholds built in.

Also worth noting, without the business schematics being drawn out for each process, you simply don’t know what apps are connected to each other (which will cause an issue if/when something stops working), and what purpose the connection serves; and the process needs to be built into an overall plan, not just as a standalone workflow. 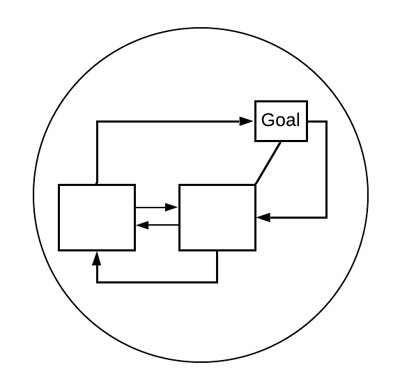 This stage is designed to create coordination of the system around a Goal.
As I tend to suggest, the starting point of Goals for business will probably be: Cost of Acquisition of a Customer (CAC), combined with a threshold of volume associated with what capacity you have to deliver*

*think of this in terms of e.g. available stock, ‘time/capacity’ if a service, or ‘space in the room’ for events (knowing you can get a bigger room, up to a point)

When we look at ‘Goal directed systems’ for clients we find there is one tool that’s needed to aggregate the necessary information...a spreadsheet.

And you may well see this as a step backwards for people being sold on a central hub of all information, but it’s not.
There is more you can do within a spreadsheet than you can within any single platform as it allows for non-platform related expenditure to be included within it.

Think about the following example:
GOAL = to get ‘as many customers as possible’ at a CAC of £500

Does the CAC reflect the ‘actual’ or real cost of acquisition? I mean, does it include the:

Cost of software relating to GOAL

When your business model is reflective of actual costs of acquisition, you will make far better decisions - and as I say, this is a job for a spreadsheet.

Would you like a copy of such a spreadsheet? Get in touch with me here, and I’ll send it over.

There is another element to this level - which is enabling the system (as best you can) to ‘make decisions’ based upon the results attained, and with the GOAL ‘in mind’.
This will, to large extent, remain in the hands of a human ‘Controller’ that is running the Cost/Revenue model when looking at the aggregated data. 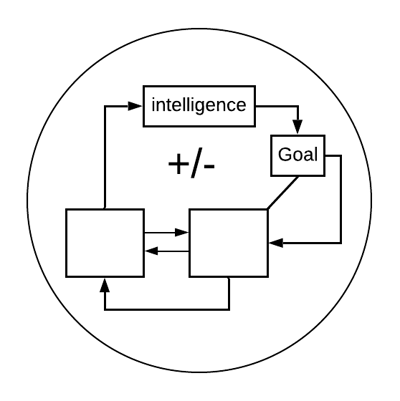 At this stage, you have automated your business processes in an intelligent enough manner to self-regulate i.e. to adjust the resourcing of areas of the business as soon as the information is received from the component parts.

You may think this is the role of Ai, but the reality is this:

You can set up the system in a way that automates notifications about the thresholds (i.e. when something is + or - the GOAL). Think about our old friend the Thermostat for a moment, when a threshold is met the system shuts down as no more heat is needed to achieve the GOAL. When it isn’t met, it will keep on pumping heat until it is. The role of the Controller is to adjust the ‘target state’ of the system, i.e. the temperature. In business though, we need to know whether there is any challenge with pursuing the ‘rise in temperature’ i.e. chasing the GOAL.

When discussing these principles, we often find that people see this level as a utopian ideal - which it is right now. Even so, if a controller could be set up that is as simple as a turn of a dial to resource areas of the business that will generate the results to get you toward an overarching GOAL, the concept still stands - and you don’t need ‘Ai’ to turn the dial, just to inform you of the actuality of results and hence where to resource.

It is a challenge to gain insight into what is working, or not, quickly enough to ‘steer the course’ toward you GOAL in the most suitable fashion.
Even when you do have insight, you may not be able to make decisions to adjust course right away - just think about the legal implications of removing staff members who are not performing, as an example.

What you will find, however, is through increased Organisation you’ll be able to better ‘see’ what is happening, and the more connected your systems are, the more you can begin to move toward the goal-directed system you’re creating being self-regulatory.

Think like a machine: Develop a goal-directed system in business

The 5 Languages of Digital Systems

The artificial intelligence movement has made its self a prominent source of performance and...